The College Library was founded in 1863, just a year after Miller arrived. This facility was upgraded to a Consulting Library in 1869, containing dictionaries, atlases, commentaries and books of Reference in every branch of knowledge. This was open for the students of the college for one hour before the commencement and two hours after the college closed. In 1870 about 200 students had free access to the General Library, and over a thousand books were borrowed in a year. It was so efficiently managed that not a single volume was found missing. In 1871, Mrs Margaret Gunn of Latheron, Scotland endowed the Library with a sum of £1000 in memory of her husband Donald Gunn who died in 1869. The interest of this sum was made available for the maintenance of the Library. The Hunter   Commission on Education in 1882 gave a high commendation to the richness of the Library, along with that of the Presidency College.

The system of Class Libraries was introduced in 1886, pertaining to the Departments of Mathematics, Physical Science, Natural Science and Mental and Moral Science. There were more than 100 volumes in each of these class libraries. Miller had a fine library himself which he subsequently donated to the college. A consulting Library was also started with a gift of books from Messrs Blackie & Co. Special class libraries were also introduced, along with an exclusive one for MA students. Interestingly, Professors acted as Librarians in turn. Professor Laidlaw as the Librarian in 1892 printed the catalogue; Professor Kellett in the following year procured several volumes as gifts from prestigious publication houses and individuals, which included the Cambridge University Press, the Clarendon Press; Professor Max Muller himself donated a splendid new edition of his commentary of Rig Veda.

A Reading room where more magazines and periodicals were placed, was opened in 1896. For the first time a full-time official—the Assistant Librarian—P.Rama Aiyar was appointed in 1904. The Library for the Institution’s school was bifurcated with 800 volumes in the year 1909, as until then the Library was also used by the school students of higher classes. With the introduction of the Honours courses in 1911, there were many significant changes, one of which was opening the Library at night between 7 and 9 pm. The Library facilities gradually increased and by 1920 there were more than 7200 volumes stacked in the General Library.

The Library on Tambaram Campus

When the college was relocated to Tambaram campus, the first building to be inaugurated by Governor Lord Erskine, on January 30, 1937, was the Miller Memorial Library. The very fact that it was named after the illustrious Principal kindled generous response in scores of alumni to contribute to the building fund. During the next 50 years, it was located in the present Examination Hall, with its first floor being used as a Reference section.

The Miller Memorial Library celebrated its Centenary in December 1963, with S.R. Ranganathan, an alumnus and the father of the Library movement in India, participating as chief guest. G.S.Theophilus served as the first Librarian in Tambaram (1937-55), followed by Baktamitran, Mrs Kasthuri Guruswami, and V.C.S, Rajappa, Dr P.Yesudoss.

On the occasion of the 150 years celebrations of the College, the Miller Memorial Library was inaugurated in the present premises by the then Prime Minister, Shri Rajiv Gandhi on  March 27, 1987. The Prime Minister was gracious enough to have a discussion in the newly–built Hall.

Holding of the Library

The College runs a Book Bank for the benefit of poor students. Standard textbooks and other reference books which the poor students cannot afford to buy for themselves is made available to them in the Book Bank. Poor students are invited to make good use of them. Books lent under this scheme must be returned not later than fifteen days before the commencement of the End of Semester Examinations for the class concerned. Those who lose the books lent or return them damaged have to pay the cost of the books. The lending of books is subject to the availability of copies and no student can borrow more than two books at a time. The prescribed application form must be filled in and submitted with the recommendation of the Head of the Department before the books are issued. A nominal deposit of Rs.20/- has to be paid to the Bursar’s Office and the receipt attached to the application form. This deposit is refunded to the student after he/she has returned all the books taken by him/her.

ICT Facilities in the Library

The College Library is partial automated. PALPAP software has been installed with the following five main modules of the library in-house operations.

For the purpose of Library Automation, Fifteen computers have been brought under LAN (Local Area Network) with the Linux Server Operating System.

Specialized Service provided by the library 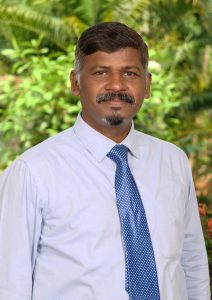